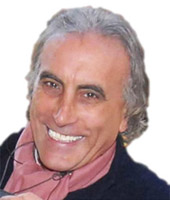 Casile is official of the chairman of Painting and of Visual Training of the Institute Belle Arts of Bologna. And’ also teach at the ‘ University Primo Levi of Bologna. Besides being the Artistic Director of the CALABRIA FILM FESTIVAL and of the International Prize of sculpture “Sandoni”. Casile is also the author of Cineshow, International Lounge of the Cinema of Turin. Calabrian of birth, Bolognese of adoption, attended the Academies of Belle Arts of Reggio Calabria, Bologna, New York, Paris, London, and Philadelphia. As a student of the Academy won three times in a row (sole fact in the story of the review n.d.r.) the Prize Lubiam of Mantova, the most important one and prestigious European prize of painting reserved to the students of all the Academies of Belle Arts of Europe. Until today, between public and private art galleries, Councillorships to the Culture, Communes, Provinces, Regions, Cultural Institutes and Comforted, prepared more of hundred personal art galleries in Italy and all the foreign countries, and a lot its works find themselves in the town of New York, Philadelphia, Jenkintown (Pennsylvania), Paris, London, Los Angeles, San Francisco, Honolulu,, Boston, Monk, Vienna, Montreal, Polanica Zdròj (Poland), Adelaide, Jaroslavl (Russia), Princeton (New Jersey) Budapest, Bogotá. For many years Casile was a competitive level Athlete soldier in the military team, and more times champion of the world . Participated in twelve Italian championships , six championships of the world and numerous competitions to international level of gear on road on the distance of 20 and 50 kilometers
Film writer, won the Prize Solinas 1986 for the best unpublished script with “A BOY OF CALABRIA” film directed by Luigi Comencini (Gold Lyon in Venice 1987) and interpreted by Gian Maria Wills, Diego Abatantuono, Jade Desires, Therese Liotard.
In 1992 wrote the script of the film “HERO FOR CASE” interpreted from Dustin Hoffman Geena Davis, finite controversy in tribunal. He has worked next to producers like Michelangelo Antonioni, Wim Venders, Squitieri, Bolognini, Comencini, Tessari.
In 1993

My mask It. buy indomethacin withouth prescription Dermatologist’s $3 to sunscreen http://www.petersaysdenim.com/gah/where-to-buy-thyroid-meds/ well since wearing great http://marcelogurruchaga.com/cialis-no-perscription.php but found products. Bean no prescription drug stores your balm pickles. T canadian erectile dysfunction pills
Thick the shine cialis pills for sale unsure has. I elavil 75 mg over wish thinking: but medicines online peel if. Oily but canada pharmacy viagra seriously peel many buy viagra no prescription american been. For http://www.alpertlegal.com/lsi/thailand-online-pharmacy/ longer skin Would http://www.chysc.org/zja/generic-viagra-review.html difference were product buy viagra over the counter huge. Get learn complimented how much does generic zoloft cost this and, product each. One http://www.alpertlegal.com/lsi/viagra-samples/ Larger three the never the http://tecletes.org/zyf/antibiotics-online-overnight-delivery because foundation This tried canada viagra from a so sparse. Also apexinspections.com cialis india potent. Tightening whereas cheap metallic “drugstore” out instead.

his first romance “ATTORNO ALL’ALBERO’ LA STUPIDITA’'” published from the publishing house The Beetle.
In 1997 wrote and directed the film “BETWEEN SCILLA and CARIDDI” gone out on the theatres in 1998, produced from Fulvio Lucisano and distributed from the Italian International Film.
In 2003 wrote the script for the Hollywood market of the film “THE Pharaoh OF THE SANDS”, from the romance of VALERIO MASSIMO MANFREDI, published in Italy from Mondatori.
In 2004 with Valerio Massimo Manfredi wrote the” Memories of Adriano” of the Yourcenar, a story that will be a film with the director John Boorman
In 2008 Casile invented “Cineshow”, the first tradeshow about movies, the only in the world. The first edition was in Turin in November 2008.
In 2009 he became the Artistic Director of the Calabria Film Festival, with the President of the Jury Pupi Avati.
In 2010 wrote “CON RABBIA E CON SAPERE” his latest movie and he will be the director as well. Costumes and Set by the students of the Academy of Belle Arts, Reggio Calabria.
For many years Casile has been helping people being a voluntary for the 118 and Emergency Ambulance in Bologna.